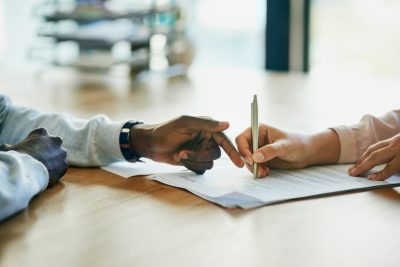 You ask your lawyer to draft your health organization’s employment contract or termination release language because you want it done right.

Your lawyer drafts the documents and now you can breathe a sigh of relief.

Employment contracts and releases are subject to interpretation by judges.

Judges are individuals and their judgments are not always predictable.

Well established principles and language (in contracts/releases) that your lawyer depended on to draft those documents can be turned on their head by the decision of one judge.

We saw this happen in 2012 when one judge in Stevens v. Sifton Properties Ltd.held that a standard termination clause (used in literally thousands of contracts in Ontario) which limited termination pay to Ontario Employment Standards Act, 2000 minimum was void because the clause didn’t specifically mention benefit continuation or severance payments under the ESA. The employer was required to pay the much more expensive common law notice.

This decision sent shock waves through the legal community because the judge rejected standard ESA minimum termination language. There have been countless court cases since Stevens as employees try to void their “ESA only” termination clauses and collect common law notice. Some were successful, many were not; as the courts have issued several opposing and frankly contradictory decisions.

Most recently in 2018, another Ontario judge threw the legal community (and employers) for a loop when he held in Watson v. The Governing Council of the Salvation Army of Canada that release language (signed by the employer and employee to finalize all claims in a settlement) stating the settlement covered all claims” connected to the employee’s employment” does NOT cover alleged acts of workplace sexual harassment.

As such in that case, even though the matters of termination between the employee and employer had settled and money had been exchanged; the employee was still entitled to sue the employer for sexual harassment during the employment.

There is no doubt this decision was a stretch; most likely borne of sympathy for the employee. But it throws into question whether standard form release language will shield employers against workplace sexual harassment claims. I predict a multitude of new courts cases and decisions which will cast this issue into a period of murky confusion for the next decade.

In the meantime, lawyers will endeavor to draft more specific and lengthier language to ensure their clients’ releases settle ALL matters between employees and employers, connected to employment or not including any type of claim you can think of under the sun in this universe or any other universe. Ever wonder why legal documentation gets so longwinded and frankly ridiculous at times?

Bottom line for healthcare organizations:  The main takeaway is this. You MUST have your employment contracts and termination release language updated on a regular basis. I would suggest at least every two years at a minimum plus whenever you are advised of specific significant changes in the law such as in this blog post.

Maria McDonald is a friend of Kate Dewhirst Health Law and an excellent employment lawyer for healthcare organizations.  Contact her at: maria@mcdonaldhrlaw.com if you are interested in having your contracts or releases reviewed.

Also, Maria is a main contributor to the Legal Issue for Primary Care Teams monthly webinar series.  Click here for more information and our 2019 season details will be posted in October.

Our February program will NEW TOPIC address mental health supports for leaders (with Christine Burych) and in March we discuss employment contracts.
Full details of the 2022 webinar series and registration here.

New decision of the Information and Privacy Commissioner of Ontario for health privacy. And it is a doozy!… https://t.co/HUrtQgoosq

Join The Shush, my community for Privacy Officers in the healthcare sector. Develop knowledge, skills and judgment,… https://t.co/UUnuBt5TXt

Years ago, I sat in coroner’s inquests and listened to testimony of health care workers after the tragic deaths of… https://t.co/Kt37qOAVcp