Health Privacy Update: When someone asks for a copy of a “complete health record”, what does that mean? 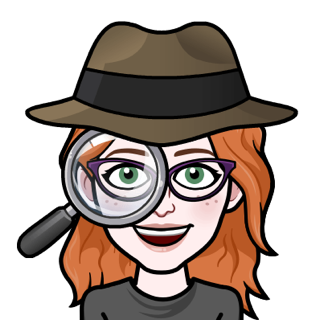 In Decision 89 of the Information and Privacy Commissioner of Ontario deals with an access request, what lengths a health care organization has to go to look for records and what is a “complete health record”.

In this case, the complainant asked a community care access centre (CCAC) for access to his deceased wife’s complete health record. His wife had received services coordinated by the CCAC and delivered by a few different agencies. He was given a copy of the CCAC’s entire file.

When he reviewed the file, he thought there should be more records – specifically from the agencies that delivered the services. He complained to the IPC.

During the IPC process – the CCAC became part of the local health integration network (LHIN). The LHIN took over management of the privacy complaint.

The new entity, the LHIN, contacted all the service providers that had provided care to the patient as coordinated by the CCAC and got copies of their records (420 pages) and gave those to the complainant.

The LHIN said “communications”? Huh. Ok. Now you are making a new request. That’s not the same thing as a “complete health record”.

The IPC was focused on whether the LHIN had undertaken a “reasonable search” for records and concluded the LHIN had done so.

The IPC also said that because the LHIN coordinated the services that were delivered by other organizations, the LHIN was right to ask those agencies for a copy of their records and provide those records to the complainant.

The LHIN did not have a copy of the wife’s will. They said they never received it and it would not have been normal practice to have a copy of a will. The IPC concluded it was not necessary to look further for a copy if one could not be found.

The IPC concluded that the LHIN had acted appropriately and had fulfilled its responsibility to complete a “reasonable search” for health records. The complaint was dismissed.

Bottom Line: This is an important reinforcement of the usual practice for health care organizations when they receive generic access requests. A request for a “complete health record” can be reasonably interpreted to mean the traditional health record. A request for a complete health record does not require a health information custodian to search for administrative records or other peripheral records that could be held anywhere in the organization. That kind of secondary search would be required however on specific request – when a request includes references to records of communications or complaint or administrative content.

Want to read about other decisions of the IPC? Click here to get my free up-to-date Summary of all the IPC’s PHIPA Decisions.

Join me for my next Health Privacy Officer training and become even more confident in your role.

Our September program is on privacy litigation and the October program will address harassment issues and scenarios.
Full details of the 2020 webinar series and registration here.

Free healthcare privacy webinar - ask me anything!
the first Wednesday of every month (Off for the Summer - next up: September 2 and October 7)

Free Part X CYFSA privacy webinar - ask me anything!
the second Wednesday of every month (next up: July 8 and August 12)

[OCT 7] Register for my free upcoming Ask Me Anything About Health Privacy webinar at this link...… https://t.co/j63mcVxsHJ